If Science Includes Consciousness Then What About The Humanitarian Benefit?

by Paul A Philips

First understand that there have already been a number of scientific studies such as those in physics to show beyond doubt that consciousness and conscious intention can affect outcome. So yes, contrary to many scientists’ opinions, consciousness has already been included in science and therefore does exist.

However, the revelations and developments in consciousness research have been suppressed. Much of the suppression has been made by dogmatic unhealthy sceptics unwilling to embrace a new paradigm scientific approach while acting as disinformation merchants to maintain the status quo, clinging to the opinion that consciousness in nothing more than activity in our brains.

-In other words, the suppression and resulting status quo on dismissing consciousness relies on people’s dogma, naivety, ignorance or lack of encouragement and funding…

Basically, there are 2 different states that make up existence.

2. The vacuum – the space between the atoms and molecules. This space has infinite energy and infinite density. It has been shown that this level of reality is where consciousness can intervene by tapping into its infinite potential and affecting an outcome.

-In other words, consistent with quantum theory the oscillating energy between pure energy in the vacuum space and the material form is affected by consciousness.

Can you just hold on to this extraordinary revelation for a moment? Everything we have been told is untrue about existence!

What we perceive as ’empty’ vacuum space surrounding us and throughout the universe is infinitely dense energy, the only real density. While it has been said that what we see as solid objects are nothing more than a gradient within the infinite dense energy which oscillates at a slow enough speed for our senses to perceive…

-Not fringe science; this has been supported by the likes of the 20th century physicists John Archibald, Charles Misner and Kip Thorne.

To confirm the above by using an example, through research alternative scientist William Tiller has found that by directing our consciousness, conscious intention affects the vacuum space level of existence where there’s a tremendous amount of energy available to be tapped into. The atoms and molecules are the secondary effect of this.

In other words, instead of things going towards disorder and disorientation (entropy) consciousness and conscious intention has the reverse effect. It brings things into order.

-This doesn’t fit the current scientific paradigm which has been stuck on only wanting to study reality state number 1 the electric atoms/molecules the fundamental particles that make up all physical material matter in the hope that it will one day explain everything.

Besides William Tiller, there have been a number of other alternative scientists who have experienced the backlash related to the rejections on the idea that consciousness and conscious intention can affect an outcome.

Like I said earlier it doesn’t fit into their current scientific paradigm. Even sometimes when the data contradicting their beliefs stares them in the face they still reject it.

Is the consciousness revolution just around the corner?

When the ‘Church of Scientism’ is prepared to release its centuries-old dogmatic grip and be prepared to seriously study and embrace consciousness then we could have a revolution on our hands that could usher in a new golden era for humanity.

Imagine what could be done if we as individuals, groups, nations or even world populace decided to tap into that sea of infinite density/energy of vacuum space we’re swimming in with consciousness intention to make things manifest.

How about waving goodbye to oil and its related polluting technologies and in with a new clean energy powering up entire towns and cities for a penny a day including transport..?

With your home taken care of and food grown freely for all needs, how about not having to work that much, but pursue the things you really want to do in life and contribute to your community..?

-Indeed the list goes on for humanitarian benefit. Tapping into that sea of vacuum energy through consciousness and conscious intention could create a world that makes a difference for everyone!

If you liked reading this then go to http://www.NewParadigm.ws for more related articles, blogs and videos…including a free e-book download entitled ‘The Greater Way and the New Paradigm Experience’ NewParadigm is a portal to transformation, consciousness, spirituality, mind, body, health, alternative media and much more… Hosted by Paul A Philips. One again the link is: http://www.NewParadigm.ws

We are all brothers and sisters~~

Rays of the same light~~

Children of the same God~~

You Are The Flower Of My Life~~

Now You Are Gone~~

My Days Are Empty~~

Still I Believe In A Miracle~~

That Once We Will Meet Again~~

Your Eyes Are My Heaven~~

My Tears Are The Rain~~

God is a living reality~~ 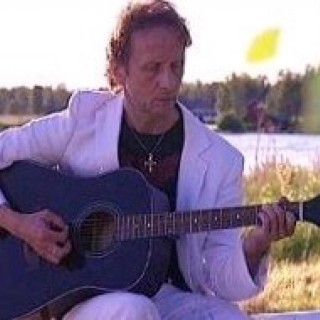