To good to be true as some say but i dont agree on that. If you have a special relationship with love and affection it is to good to not be true, so hold on to what you have and dont make any hasty decisions based on rumors or a bad mood. Every relation goes through changes as a natural part of life and it dont have to make things worse, instead could the both of you could grow stronger together as you support and understand eachother within the difficulties of life that happens sometimes.

It is a sad but true fact of life that not all great things last forever. This saying is especially true when it comes to relationships.

Human interaction is transactional, meaning that it changes over time. When people are around each other more often, they get to know more about each other and the feelings they have may eventually change.
Relationships can feel like a roller coaster at times, constantly experiencing ups and downs. But at times it can be hard to tell if a down is ever going to make its way back up.

It is undoubtedly difficult to differentiate between momentary turbulence in a relationship and a true end. Men can be incredibly hard to read at times, leaving women paranoid that they are planning to leave them.

There are a few things men commonly do before ending a relationship that women can keep their eyes peeled for.

1. An Increase in Irritability and Arguing

It isn’t the end of the world when you have an argument with your companion. As a matter of fact, being open about conflicts of interests is a perfectly healthy part of a functional relationship.

But if your partner is stepping beyond the line of moderation when it comes to arguing, it may be a sign that he is trying to pry his way out of a relationship.

Does he seem more irritable and easily annoyed at small things? Does he start pointless arguments that seem to just pop up out of nowhere? Sometimes when men are looking to end a relationship they want to confirm that it is going nowhere.

They may feel that if the relationship has frequent arguing it will be easier to walk away from. Because of this, it is common for people to subconsciously start arguments and create tension.

2. More Distance Between the Two of You

Every relationship requires time away from each other. It is unhealthy to constantly be around one another, which will most often lead to people getting sick of their partner. If you realize that your partner is becoming increasingly distant however, it may be a red flag for your relationship. If he is interacting less with you and seems to avoid contact it could mean that he is preparing for a breakup.

This is even worse than an increase in arguing because it is much harder to notice. A lot of people who have thoughts of breaking up will try to withdraw themselves emotionally from their partner in an effort to make it easier for them.

They think they can soften the blow of a breakup by slowly prying themselves from the bond. One good way to confirm this is to reflect on the intimacy level of your relationship, which most often is the first area that suffers.

3. Different Behavior Around Other Women

When men think about leaving relationships, they usually look ahead and try to prepare themselves. If they have been in a relationship for quite some time their flirting skills may have significantly decreased. This is by no means an excuse to be paranoid and jealous of every woman, but you should stay mindful of the way he interacts with them.

If he is much friendlier and forming new bonds with females, he could be preparing himself for the single life. If he is treating other women with more attention and optimism than he is to you, try talking to him about it before making any accusations.

It is important to be careful when doing this since paranoia can easily cloud one’s judgement.

When a breakup comes from out of the blue it can be absolutely devastating. Both men and women are complicated to read at the end of a relationship. If you are skeptical of their interests, the best thing you can do is sit down and talk to them about it.

There is no point in continuing a relationship when one person wants out. On the flip side, you could find out that it is just a rough spot and you were over-thinking it. Just remember that communication is key when it comes to saving relationships. One more thing to consider is a professional resource avaliable online for helping you to make up instead of break up or mend a broken heart. Read more about by clicking the link below.

The Secret you need to know to get your lover back! From the man that has helped over 50 000 people in 77 countries to get back together again! 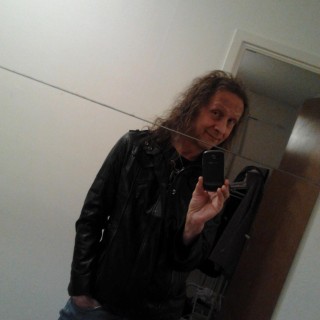